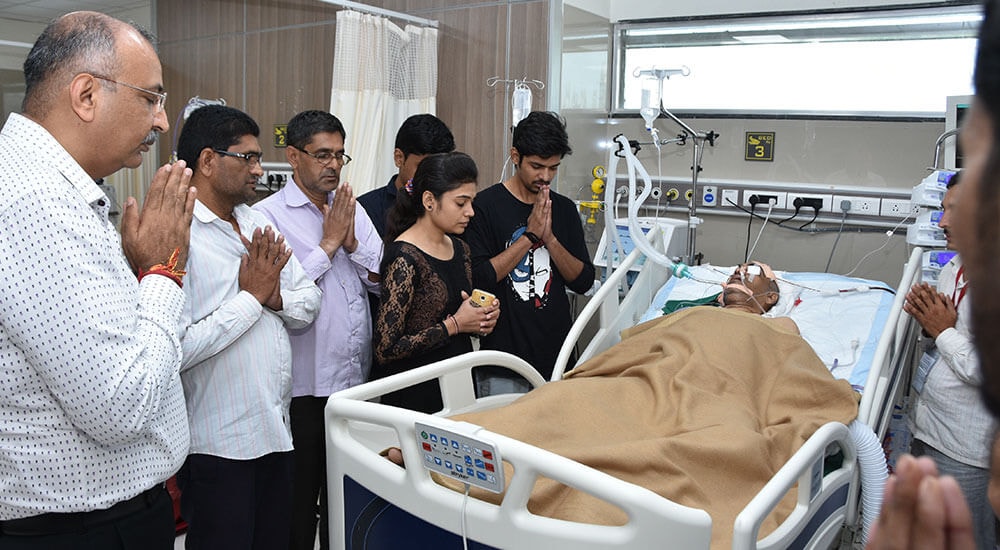 Donate Life has helped many people in the past. Till date, we have helped over 618 people across the globe.

(These are only a few names - there are a lot many donors, about whom you can read on Donate Life’s website).

On January 12, 2006, Mr. Mandlewala received a call from Surat's Ashaktaashram Hospital. He rushed to the hospital without wasting even a single moment. The hospital's neurosurgeon, Dr.Ashok Patel had declared a patient named Jagdishbhai Shah as brain-dead. Mr. Nilesh Mandlewala then contacted Dr. Vatsa Patel who knew about the process of organ donation.

Dr. Vatsa Patel contacted Dr. H.L.Trivedi who then immediately sent Dr. Pranjal Modi and his team to collect Jagdishbhai's kidney. This was the very first time in Gujarat that an inter-city kidney donation from Surat to Ahmedabad had happened. Jagdishbhai's kidney gave a new lease of life to two people - one was from Rajkot and another in Ahmedabad.

Jagdishbhai Shah, served as an inspiration for Mr. Nilesh Mandlewala as this was the very first success story that happened due to his efforts. Jagdishbhai's family also played a great role in giving consent and placing trust in him. 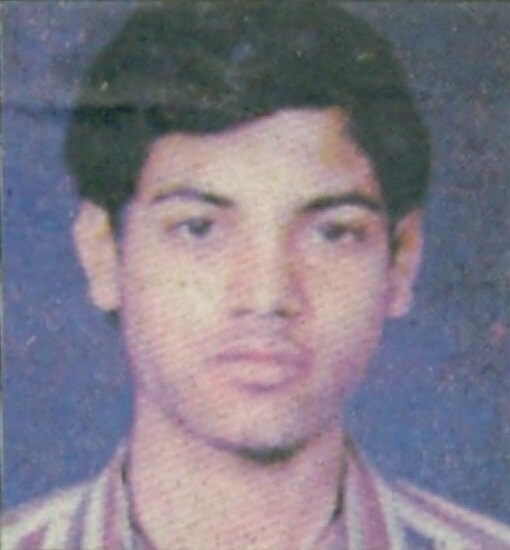 While Raju's kidney and liver were donated, there was no facility in Gujarat to transplant a liver. That is when a team of doctors lead by Dr. Subbarao of Global Hospital, in Hyderabad, came down and collected Raju's liver and also transplanted it in another patient who was in dire need of it. This was the first ever inter-state liver donation from Surat, Gujarat.

This was in 2015, when Mr. Jagdish Patel's heart was transplanted into the body of Mr. Rajan Desai in Mumbai. An employee for 52 years of Indian Oil Corporation Ltd. working in Mumbai, never thought he will get a new heart in his body. This was the first ever inter-state (Surat to Mumbai) green corridor created for an organ transplant. Donate Life made it possible after the family members of Mr. Patel agreed to donate his organs. In only 1 hour and 39 minutes the heart was transferred from Mahavir Trauma Hospital, Surat to Fortis Hospital, Mulund, Mumbai and successfully transplanted.

A 14-month-old Somnath Shah, slipped from the ladder while playing at home with his elder sister Kusum. Somnath belonged to Mubarakpur village in Siwan district of Bihar. His father Sunil had moved to Surat a few months back and was working as a supervisor in a power-loom factory in Udhna, Surat. His CT scan revealed brain haemorrhage and a fractured skull. He was declared brain dead at Surat's New Civil Hospital. The hospital authorities then contacted Donate Life. Donate Life counselled his parents to donate his organs and they agreed.

His heart was transplanted into the body of a three-year-old Mumbai girl, Aradhya Mule. His kidneys helped a 15-year-old boy from Deesa in Banaskantha district.

Somnath Shah became Western India’s youngest donor and still lives on in the bodies of others.

Diza Urvish Golwala, 3.5 years old girl was studying in playgroup at Presidency School in Surat. She had a convulsion after puking and she was admitted to Nikhil Children Hospital. There Diza fainted was transferred to Neo Plus I.C.U. She was put on the ventilator due to her inability to breathe. Then it was diagnosed that her small brain was damaged due to waterlogging. Few hours on the same day, she was declared brain-dead.

Mr. Navneet Chaudhary met with an accident 29th May 2017 while he was returning to his home from Vankal to Lavet in the evening. He was transferred to P.P.Savani Hospital at Surat. He had a blood clot in the brain and thus was shifted to New Civil Hospital where he was declared brain dead.

After Donate Life was contacted and the family members of Mr. Chaudhary were convinced, a team of doctors from Institute of Kidney & Diseases and Research Centre (IKDRC), Ahmedabad and CIMS hospital, Ahmedabad came to collect the organs.

58-year-old Mr. Dhansukh Patel, a resident of Dungri village, Mahuva taluka had been in an accident when a motorcycle hit him in the outskirts of Dungri Village on May 3, 2016. The doctors could not save him even after he was operated. His condition deteriorated and he passed away. He was first admitted to a hospital based in Bardoli and later taken to Asutosh Multi-speciality hospital in Surat.

When Donate Life was contacted by the hospital authorities, his family members were convinced to donate his organs. Along with his kidney, eyes and liver, his thigh bones and his ribs were donated to Asutosh hospital's bone bank. His family members thought that even though they lost him, if his organs could give a better life to someone else, they would be happy.

Mr. Dhansukh Patel became the very first bone donor of Gujarat and even after his death, continues to set an example for others to follow.