About our Founder & President 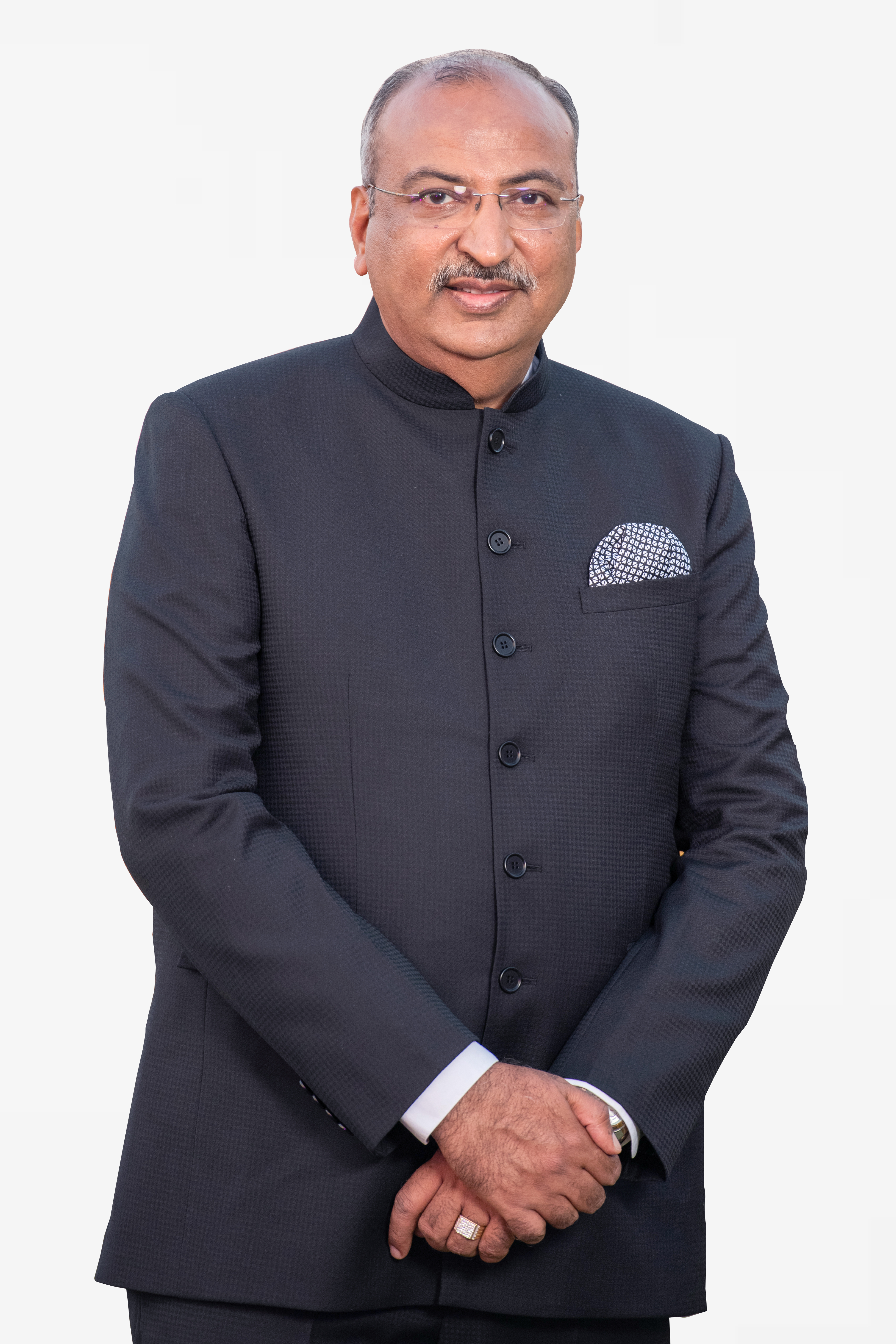 There is always one person who lays down the very first brick to build a new initiative. For Donate Life, Mr. Nilesh Mandlewala was that person.

Mr. Mandlewala who first was a successful businessman in the textile industry, later became a renowned social worker and is known for his contributions to various social activities, having touched a lot of lives.

Today, he wholeheartedly dedicates most of his time to this noble cause through Donate Life, with a strong vision and an even stronger conviction. But what gave birth to Donate Life?

In 1997, his father's kidney had failed. He was taken to Mumbai's Hinduja Hospital to perform an angioplasty on his kidney. Then onwards, since 2004, his father had to compulsorily go through dialysis twice a week, as a result. Only those who go through this extremely painful procedure know how mentally, physically and financially draining it is. The suffering of Mr. Mandlewala's father and his family was too much to bear. They had to undergo a lot of duress which affected them drastically.

But even during this painful time, Mr. Mandlewala thought that if he had to go through so many difficulties during dialysis, what would be the condition of the common man? The average middle-class common man of India can barely afford that highly expensive cost of dialysis, let alone cope with the mental trauma that the entire family goes through when one person in the family is affected. He wondered that couldn't all the problems faced by the patients and their families end by organ transplantation? Just like a butterfly is born only out of a painful struggle in its cocoon, Mr. Mandlewala started his efforts towards spreading awareness for the cause of organ donation when his father underwent such a traumatic period.

Mr. Mandlewala was the Honorary Secretary of The Southern Gujarat Chamber Of Commerce & Industry (SGCCI) and used to meet a lot of people from various fields. During this time, he met the President of Gujarat's Chamber Of Commerce, Mr. Chinubhai Shah, who was associated with an organisation that worked for kidney diseases awareness, called ‘India Renal Foundation'. Impressed by the knowledge that Mr. Mandlewala had about kidneys and how inclined he was to spread awareness about the cause, Mr. Shah asked him to join ‘India Renal Foundation'. Mr. Mandlewala agreed and began educating people about how to take care of their kidney health.

It is during his mission to spread awareness about kidney health, he realised that in a 125 crore-people-strong country, most of the kidney transplants were live donations. The number of cadaveric donations from brain dead people accounted for only 1-2% of the total donations. He got know that while the number of people who die due to an accident was around 1.5lakh, those who were brain-dead or died from a brain stroke were a lot more. 5 lakh people died every year in India due to non-availability of organs for transplantation!

While it has been a decade that he has been pro-actively promoting the cause of organ donation and working 24x7 for it - he did not always receive much support. When he had started spreading awareness, many people would insult him or even get violent when he used to visit the hospital who had declared a patient as brain-dead and attempted to convince the patient's family to donate the patient's organs. But nothing has ever stopped him.

It was very difficult to convince the family members of those who were brain-dead to donate the person's organs for the benefit of others. Mr. Mandlewala did not give up in spite of a number of obstacles he faced and continued his movement to spread awareness with renewed vigour. He contacted various neurosurgeons, neurophysicians and ICU in-charges of almost all hospitals in Surat and convinced them to contact him should they come across a brain-dead patient. The doctors agreed to support his cause. 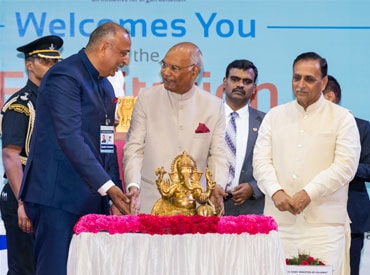 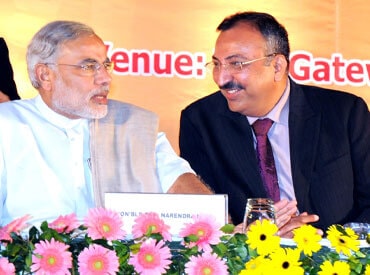 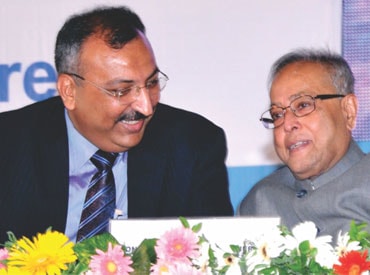 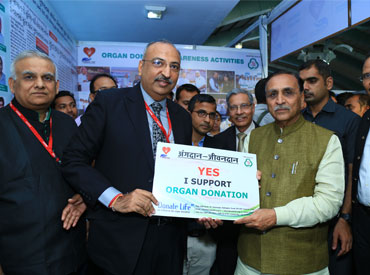 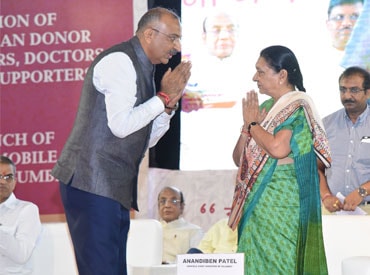 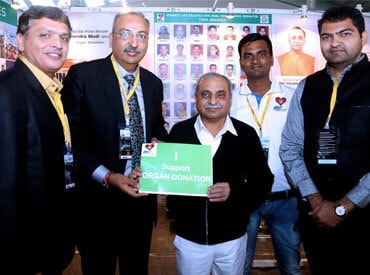 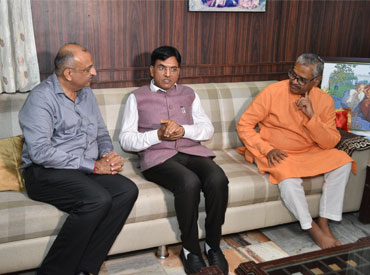 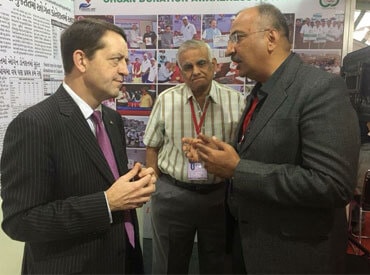 On January 12, 2006, Mr. Mandlewala received a call from Surat's Ashaktaashram Hospital. He rushed to the hospital without wasting even a single moment. The hospital's neurosurgeon, Dr.Ashok Patel had declared a patient named Jagdishbhai Shah as brain-dead. It takes a lot of courage to approach the people who have just lost their loved one and convince them to donate their family member's organs while they are still recuperating from the loss. But Mr. Mandlewala along with social worker, Mr. Jitendra Gurjar counselled the family members to donate Mr. Shah's organs.

After Jagdishbhai's family gave their consent, Mr. Mandlewala contacted Dr. Vatsa Patel who knew about the procedure of organ donation at Ahmedabad's Institute of Kidney Disease and Research Centre (IKDRC). Dr. Vatsa Patel then contacted Dr. H.L.Trivedi who then immediately sent Dr. Pranjal Modi and his team to collect Jagdishbhai's kidney. This was the very first time in Gujarat that an inter-city kidney donation from Surat to Ahmedabad had happened. This was Mr. Mandlewala's first success story. Then came many others.

In 2013, Surat's Income Tax Commissioner (Appeals) Mr. Sandeep Kumar's (IRS) kidney failed. His family members were ready to donate their kidneys to him but because they were ailing from different diseases like blood pressure, kidney stones they could not do so. The doctor who was performing the dialysis of Mr, Sandeep Kumar - Dr. Ketan Desai and CA Hiren Divan approached Mr. Mandlewala for a kidney transplant. Sandeep Kumar's dialysis began at Ahmedabad IKDRC. After some time when Mr. Sandeep Kumar got a cadaver organ donation and underwent a kidney transplant, he decided to dedicate the rest of his life for the cause of organ donation. Today he is the Vice-President of Donate Life.

Mr. Mandlewala's efforts towards organ donation continue even today with more and more people getting a re-incarnation like experience due to the donated organs.

With his vision, passion, commitment and dedication to organ donation activities, he achieved several milestones in this field, so far, Mr. Mandlewala and Donate Life have been able to persuade & procure 444 Kidneys, 189 Livers, 8 Pancreas, 42 Hearts, 26 Lungs, 4 Hands & 342 Cornea, and a total of 1055 Organs and Tissue donations, which gave new lease of life and vision to 968 organ failure patients in our country and globe.

Also taking it upon himself to educate and spread awareness to more than 15 lac people on Cadaver organ donation.

His aims in the life are to set up a kidney transplant hospital of international standards at Surat, to promote the awareness of cadaver organ donations, thereby saving lives. He also wants to open a skin, bone and tissue bank and work towards hands and lungs transplantation. He is also working towards the donation of heart-valves of small children.

Mr. Mandlewala's wife, children, his deceased friend Anthony Varghese, the trustees of Donate Life and all the volunteers who have given their contributions to the organisation has made it reach the peak that it sits on today.

To talk about Mr. Mandlewala's background - he was the president of Southern Gujarat Chamber of Commerce and Industry (SGCCI) in the year 2009-10. During his tenure as president, SGCCI became the first chamber in the country to established a Trade and Convention centre of its own which was inaugurated by the then Hon'ble Chief Minister of Gujarat Shri Narendra Modi on 12th March 2010. He is a member of Surat Shaher Shanti Samiti and District Legal Services Authority, District Court Surat, and also a trustee in Traffic Education Trust, Surat. He is Vice President of South Gujarat Productivity Council (SGPC), Surat. He has worked as a conciliator in Permanent Lok Adalat, District Legal Service Authority, and District Court Surat. He is also rendering services as Vice President of Vatsalya Gram Samiti, Surat of Vatsalya Gram Project run by Param Pujya Didi Maa Sadhvi Ritambharaji with the vision of providing a home to orphaned children, destitute women and lonely grannies across the globe.