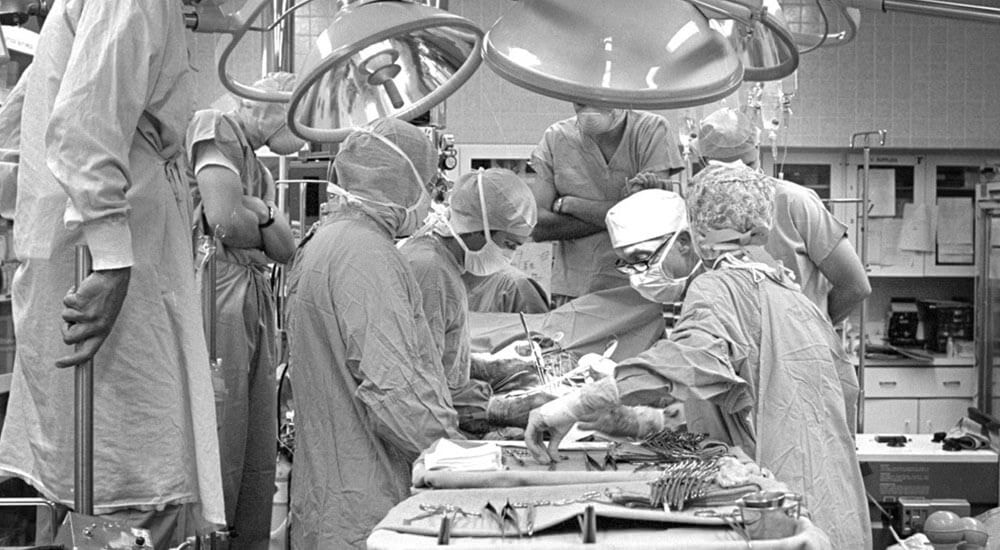 The First Organ and Tissue Transplants

THE FIRST ORGAN AND TISSUE TRANSPLANTS

Austrian ophthalmologist, Eduard Konrad Zirm was an ophthalmologist who performed the first successful human full-thickness corneal transplant on 7 December 1905. The donor was Karl Brauer, an 11-year old boy who had iron metal bodies lodged in his eyes. The recipient was Alois Glogar, a 45-year-old day labourer whose corneas were damaged. His one eye had a clear vision after the transplant but other one had complications.

On June 17, 1950, Dr. Richard Lawler, performed the first kidney transplant. 49-year-old Ruth Tucker was the recipient and the donor was deceased. It is said that some 40 doctors watched the surgery that took one hour to perform. Later the kidney was removed due to rejection, some 10 months later. But those 10 months, helped Ruth survive for another 5 years on her own kidney.

India's first kidney transplant was done by Dr. P.K. Sen and his team at King Edward Memorial Hospital, Mumbai in May 1965. The recipient died 11 days later due to complications but the kidney was working properly until death.

Dr. Thomas Starzl performed the first ever deceased donor liver transplant in 1967 on a 19-month-old Julie Rodriguez. He was known as the ‘father of transplantation'.

India's first liver transplant happened on November 6, 1998 by Dr. A.S. Soin and Dr. Rajashekar on 42-year-old Bharat Bhushan at Delhi's Apollo Hospital. Bhushan was terminally ill and a corporate executive was declared brain-dead, whose liver was donated. Bhushan lived for another 13 years.

Dr. Christiaan Bernard Denise performed the first ever heart transplant on 53-year-old Lewis Washkansy on December 3, 1967 in South Africa. Denis Darvall was the donor. Due to the immunosuppressant drugs that he was given, Washkansy developed double pneumonia and died 18 days later. His new heart had functioned normally until his death.

In India, a group of 20 surgeons led by Dr. P. Venugopal successfully performed India's first heart transplant at AIIMS, Delhi on August 3, 1994. Devi Ram, a 40-year-old was the recipient and the donor was a 35-year-old woman. Devi Ram lived on for another 15 years

Dr. James Hardy performed a lung transplant in 1963 in Jackson, Mississippi. Dr. Hardy and his team had done 400 transplant experiments on dog which were not successful. So they decided that the first lung transplant patient must be someone who was terminally ill. The first patient was a 58-year-old man with lung cancer. After initial success, the patient died 18 days later.

The first successful pancreas transplantation in conjunction with a simultaneous kidney transplantation was performed by W.D. Kelly, MD, and Richard Lillehei, MD, from the University of Minnesota in 1966. Although the transplant was successful and her blood sugar levels had dropped, she died three months later from a pulmonary embolism. In 1969, the same team did another transplant which had a survival rate of over a year.

Some sources suggest that Indian surgeon Sushruta did rhinoplasty in the 2nd century.

WHAT ORGANS CAN BE DONATED?

Not all organs of the human body can be donated.

The following organs in the chest area of the human body can be donated: